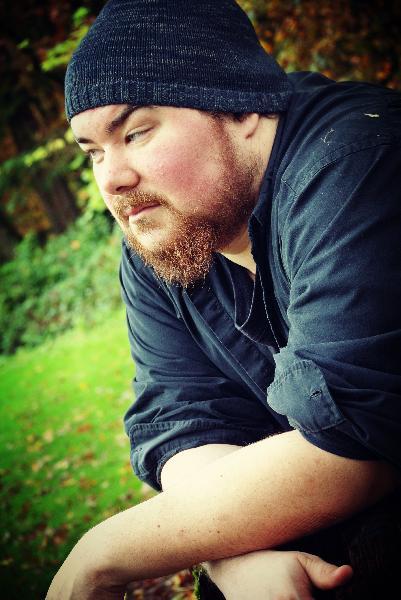 Jonas Barnes was the product of a drug fueled romp in early 1982 and then grew up homeless in the doorway of Jake's Famous Seafood Restaurant in Portland, OR. Lucky for him, life got a little better after that.   He is the wise ass son of a hippie mother and police officer father that has the ability to find humor in both the dark & light sides of his life. He has been married, divorced, wealthy, poor, physically fit, morbidly obese, well off, homeless, sober, drunk, independent and codependent...so he’s lived almost every aspect of life allowable by law. After realizing he didn't look good in cardigans and couldn't play an instrument, he decided to do comedy the old fashioned way: Be honest and let the audience into his life so they can laugh at his pain right along with him.   In 2013 and 2014, he was a featured performer at the Bumbershoot Comedy & Arts Festival in Seattle, WA alongside such acts as Marc Maron, Natasha Leggero, Jerrod Carmichael, Pete Holmes, The Wu-Tang Clan and Judah Freidlander.   When he is not making people laugh all over the country, he produces the wildly popular R-Rated, monthly "SMUT Presents" comedy show series throughout the country (based in Portland, OR), along with his co-producer Lauryn Petrie, that has featured such acts as Laurie Kilmartin, Auggie Smith, Sean Rouse, Kristine Levine and Chris Neff to name just a few.   Here is what people are saying about Jonas Barnes   "I say this with no fear of contradiction. Jonas Barnes is absolutely, positively the funniest stand-up comic I have ever seen. Of course, I almost never leave my home. Jonas is a great guy and was a big help to me." - Danny Bonaduce (The Partridge Family, Breaking Bonaduce, The Soup)   "This kid is funny, works hard and cares about comedy. I worked with Jonas for a weekend at Tacoma Comedy Club in Tacoma, WA and he did different sets all week. And he had big laughs every show." - Tom Simmons (BET's "ComicView", Comedy Central's "Live At Gotham")   "Jonas is a very funny guy, that performs with an edge and an amazing truthfulness all while never losing his likability on stage." - Tom Clark (NBC's "Last Comic Standing")   "What do I think of Jonas Barnes? Well, honestly, I frickin' love him! Funny, witty...and brandishing a mouth so soft & insatiable...well, let's just say I didn't want to come home. And we were in Tacoma! Get this guy on your show!" - Ben Roy (The Grawlix, MTV, Montreal "Just For Laughs Festival")