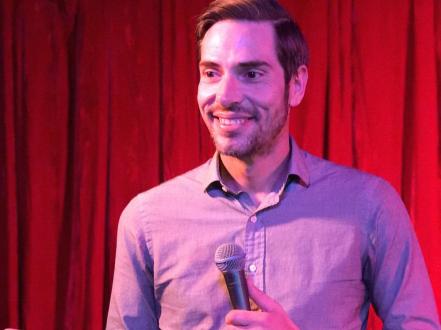 Zach Pickert grew up right in Atlantic City and is a staple performer at the Atlantic City Comedy Club. He combines high energy physical rubber face comedy with sharp mental observations. His comedy is part Jim Carrey and part Lenny Bruce, but with an originality all to itself. One minute he might be quoting the works of Edgar Allan Poe, and the next he is doing a spot on impression of his friendly neighborhood crackhead. People thought he was crazy when he left Law School to pursue comedy, but in just 4 short years Zach has worked his way up from open mic comic to a legitimate headline act.