Come on out June 2nd at 8pm to West Side Comedy Club for a special regular recording event. It’s going to be a killer show! Club favorite Adam Muller is going to be recording an hour of stand-up documenting his comedic assent from terrible to better than terrible.

Tickets are available at:
https://www.westsidecomedyclub.com/events/adam-muller-goes-last
Adam Muller is a New York based, MIT-educated, former finance professional turned stand-up comedian. Originally from Toronto, Canada, Adam’s clean, smart comedy blends the personal and the observational while being simultaneously clever and relatable.
A portion of all proceeds will go to the video recording equipment. Please come. 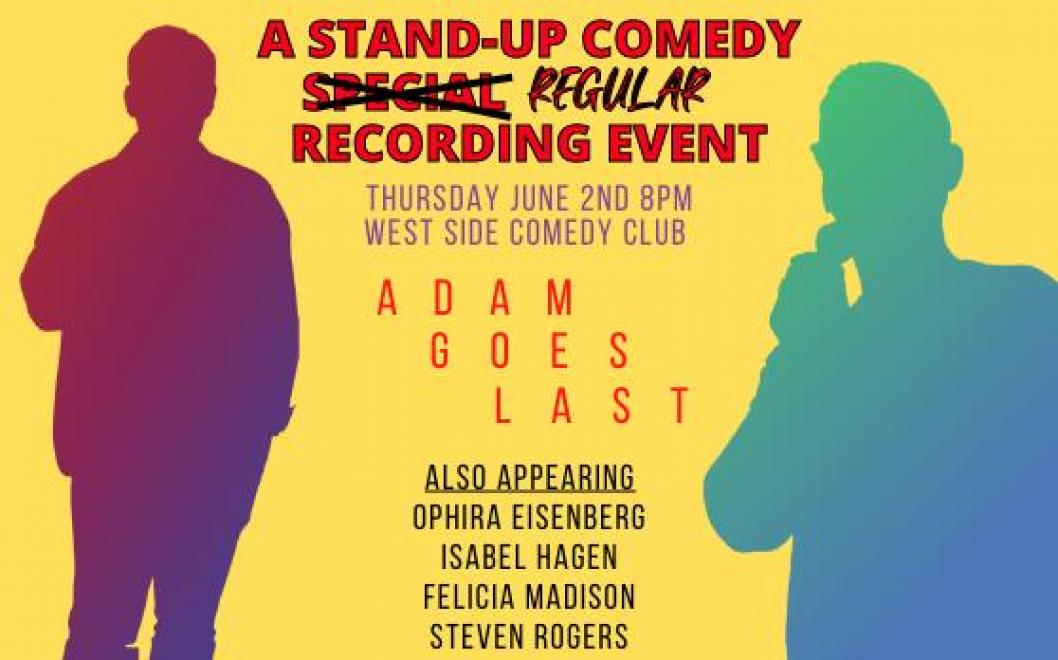