Originally from Oceanside NY, Lenny Marcus has been a mainstay of the New York City comedy scene for over for twenty years. He is currently a regular performer in every major comedy club in New York City. Most recently, Lenny appeared on TruTV on the show TruInside in the episode about the world famous Comedy Cellar in NYC where you can see him perform regularly. Recently, you may have seen Lenny on Louie, on the FX network, The Nightly Show with Larry Wilmore on Comedy Central, or in the short film The Unimportance of Being Ernest. Lenny has performed stand-up comedy on television multiple time. he performed on The Late Show with David Letterman three times to amazing reviews. He has also appeared on Comedy Central’s Live at Gotham, AXS Tv’s Gotham Comedy Live, NBC’s Comedy Showcase with Louie Anderson and MTV’s The Jim Brewer Show. Lenny has made multiple appearances on Tru-tv making fun of the worlds stupidest criminals, shoppers and drivers. You may also have seen him in commercials for the MTV Video Movie Awards, Wendy’s and Marriott or on the radio in commercials for Southwestern Bell Telephone or Priceline.com. He has performed at both the prestigious Just for Laughs Comedy Festival in Montreal, Canada three times, HBO’s US Comedy Arts festival, in Aspen Colorado and the Great American Comedy festival in Norfolk, Nebraska.

"Karmen Naidoo is straight outta the Motherland, hailing from South Africa. She has continued to pursue her comedy career in New York City, the heart of Comedy, since 2016. Starred as the only female finalist on Comedy Central's Grab the Mic (2015), co-founder and Director of Indie Comedie, a comedy production company (former) which aimed to nurture young rising talent. She has featured in The Bantu Hour, a South African satirical sketch and variety comedy show hosted by the legendary comedian Kagiso Lediga and featuring the legendary musician Hugh Masekela. Now, Karmen is the co-founder of the US national showcase Gimme the Light Comedy to promote underrepresented talent. She is also currently working on her Pilot "Karmen to America," which details her experience of unexpectedly winning the green card and moving to NYC. Karmen's notable credits, including at the Desi Comedy Festival (2017), New York Comedy Festival 2017 "Comics you should know," SketchFest 2018 (San Francisco Comedy Festival) & New York Comedy Festival 2018, Gotham Storytelling Festival 2019, Comedy Central Africa, PBS, New York Comedy Festival 2021 and featured in the New York Times. Karmen's edgy yet whimsical anecdotal humor has set her apart from the others, with a quirky and progressive style resonating with the masses."

Rachel Green is a comic, actor, violinist, singer and voiceover artist. She was a winner on the Kevin Hart series Lyft Comics, and was featured in the New York Underground Comedy Festival and Oak City Comedy Festival. She was part of the 2019 New York Comedy Music Festival for her parody of Part of Your World from The Little Mermaid. You may have seen her on Law & Order: SVU (NBC), Bull, FBI (CBS), The Flight Attendant (HBO), A Nice Girl Like You (Amazon), Inventing Anna (Netflix) or headlining comedy clubs like Hartford FunnyBone. 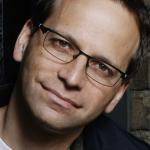 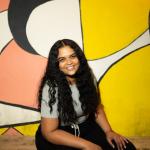 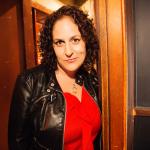 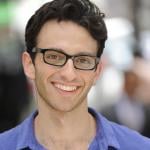