You've seen magic on TV or maybe on big stage, but never like this. All magic tonight is stand-up style–-no one is sawing you in half or, god-forbid, pulling a coin from your ear. Instead, minds will be read, thoughts will be predicted, and it will all happen right in front of your nose. At a comedy club, there’s nowhere to hide. This month fetures a lineup of NYC's top magicians, including: David Calamari (Asi Wind's Inner Circle), Max Davidson (Caesars Palace), Jason Silberman (Magic in a Bottle, Speakeasy Magick), and Rachel Wax (Penn and Teller's Fool Us, Masters of Illusion, Speakeasy Magick). ​
Two Drink Minimum.

Max Davidson first saw magic at age 6, sparking a lifelong interest in how things work, the value of storytelling, and how we interpret reality. Now, Max is a highly sought-after magician throughout the country. From private events for Google to theaters in New York and hostels in Thailand, Max thrives in any environment. M﻿ax studied at the world-renowned Tannen's Magic Camp, where he won the junior and senior stage competitions. Notable performances include Caesars Palace, Disney World, the Smoke and Mirrors Magic Theater, and the Boston Magic Lab. Max also consulted on Magic on the Rocks, the first ever magic show at the Red Rocks Amphitheater. 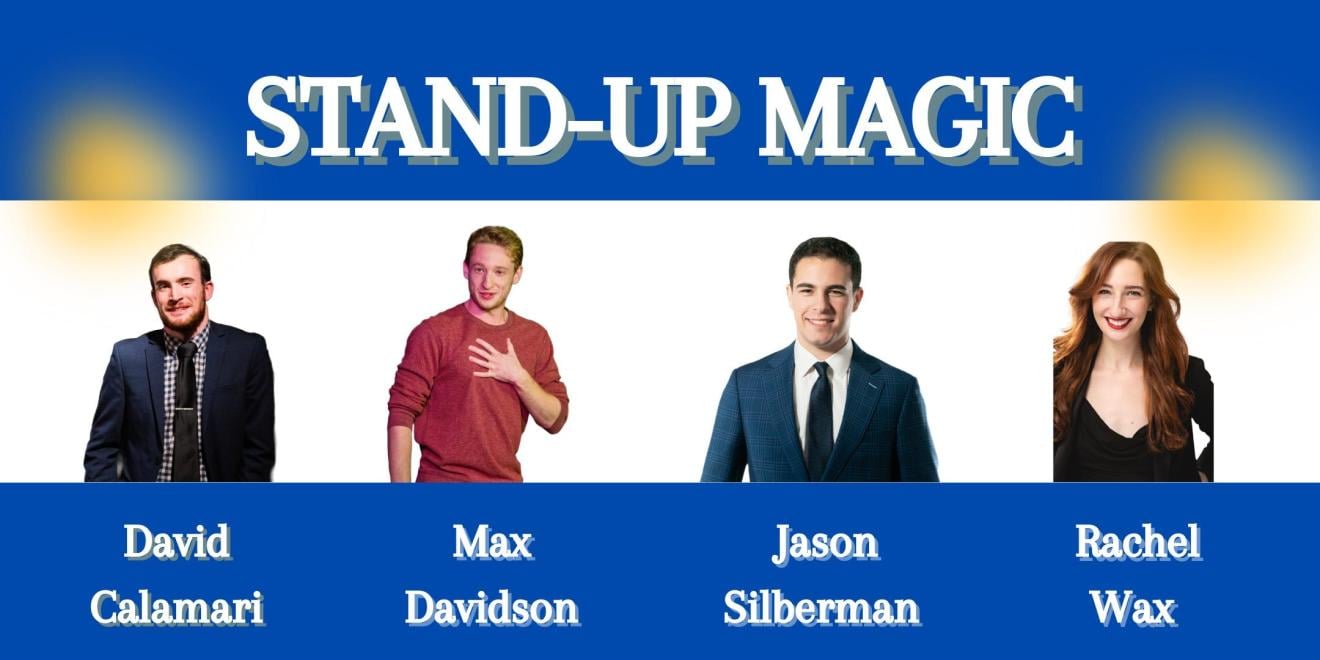