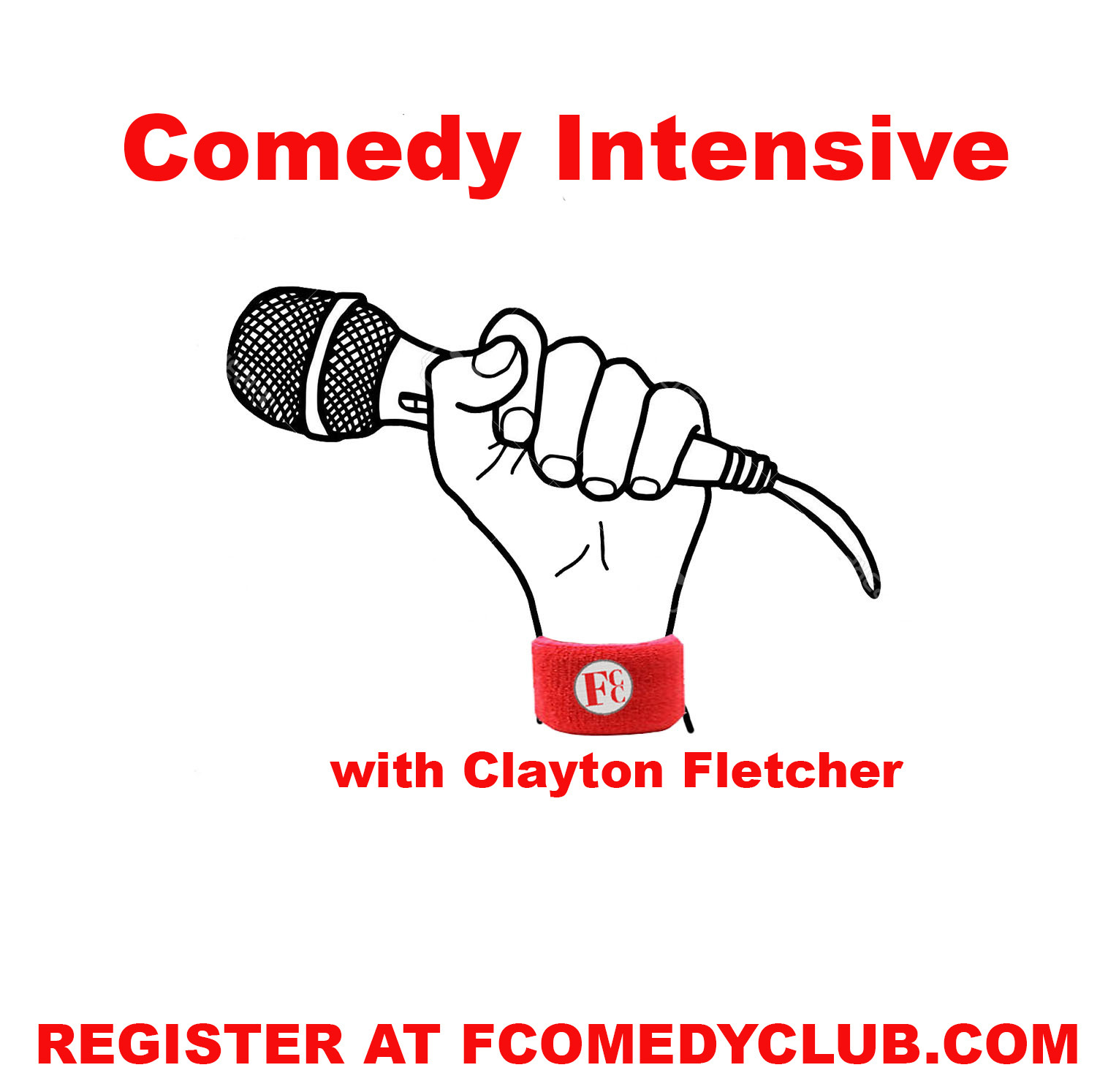 Start your 2022 off right with our Stand-Up Comedy Intensive Workshop, led by Clayton Fletcher, West Side Comedy Club's Talent Coordinator, a veteran of the NYC stand-up scene, and an international headliner. Clayton has been featured on ESPN, MTV, Hulu, CBS Sports, MSNBC, Nick Mom, AXS-TV, and Sirius/XM Radio. He's performed on five continents and, three oceans, two seas, and in the Melbourne International Comedy Festival, the Stockholm Comedy Festival, the New York Comedy Festival, and the World Series of Comedy. He has taught over 2,500 comedians, many of whom are currently working professionals, and some are even household names!

This class will cover the various techniques of writing and performing stand-up, important dos and don'ts for all comedians, how to navigate getting passed at NYC comedy clubs, and a look at the business side of comedy, including agents, managers, bookers, and sharks to avoid. The class is Saturday afternoons 12:00PM-3:00PM beginning January 8th and culminating with a PERFORMANCE at West Side Comedy Club on February 5th at 6:00PM.

Jen Kay, recently a finalist in the Stand-Up 360 Comedy Festival and now a regular in major clubs throughout Las Vegas, writes:  "Clayton Fletcher is the Yoda of comedy, take his class you must. I learned so much in his course, that I am now able to notice the do's and don'ts while writing new jokes and while performing. Take an affordable class AND learn from one of the funniest comics out there, Clayton Fletcher."
Zarna Garg, a regular at the Comedy Cellar, creator/star of the hit one-woman show Sari not Sorry, writer of the Austin Film Festival's #1 award-winning screenplay Rearranged, and a TikTok sensation with over 60 million views, notes, "Clayton is a very thoughtful comedy teacher and especially valuable in the performance aspects of comedy. His classes are very useful and anybody would be lucky to work with him."

Jackie Byrne, star of the upcoming motion picture Seclusion, raves: "Clayton is fantastic! As someone who had started stand-up a few months before, I found this class to be really helpful and inspiring. Clayton refueled my passion! He cultivates a warm, positive and supportive environment for everyone to try out material, and then gives feedback on how to improve. It really was an amazing experience working with Clayton Fletcher!"

Kwabena Ampofo, guest star of CBS's Blue Bloods and NBC's Blacklist, declares: "I really have too many good things to say about Clayton Fletcher's Stand Up Comedy Class, so I'm just going to say that it's a MUST TAKE. Aside from the fact that Clayton is amazing at breaking down what is basically the Art of Stand Up Comedy, the skills that you learn from him are invaluable across the board in life. You learn how to look at your own life experiences and understand what makes you funny and how you can use that to bring laughter to an audience of people you've never met before. Additionally, you learn how to write your own material, which is a skill that EVERYONE should learn. Clayton also explains how being nervous actually helps your performance and I've noticed changes even in my audition technique, not just my stand up performances. Once again, Clayton is a true pro and this class is a must take if you want to be a well rounded performer. It's the real deal."

Mark Larsen, a veteran comic who has taken virtually every comedy workshop offered in Manhattan, has this to say: "Clayton Fletcher is the best comedy teacher in New York City. His enthusiasm for the craft of comedy includes both lessons from past masters to examples from today's comedians. He truly enjoys teaching comedy, and that comes through with his fine tuned suggestions to improve specific jokes and materials, as well as offering perspective on your stage persona. After taking Clayton's comedy class, I had the best set of my life, and I know that is due to Clayton's teachings!"

For more information, contact classes@claytonfletcher.com  The price is going up soon, so reserve your spot today!