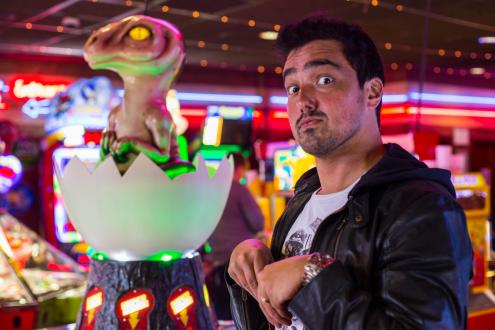 Adrián Minkowicz is an award winning Argentinean comedian based in New York. He is one of the new generation of comics that tours and performs around the globe to worldwide audiences in multiple languages in clubs like “New York Comedy Club” in NYC, “The Improv” in LA, “Top Secret Comedy Club” in London, “La Chocita del Loro” in Madrid, or the “Comedy Store” in Tokyo. He also performs in festivals like the “Just for Laughs” in Brussels and his hour show in English at the “Fringe” festival in Edinburgh. He has been a featured guest several times in “The Artie Lange Show” (“DirectTV” & “SiriusXM”) and performed stand-up at “Gotham Comedy Live” (AXS TV) in New York. He is also known as “The Argentinean”. (theargentinean.com)