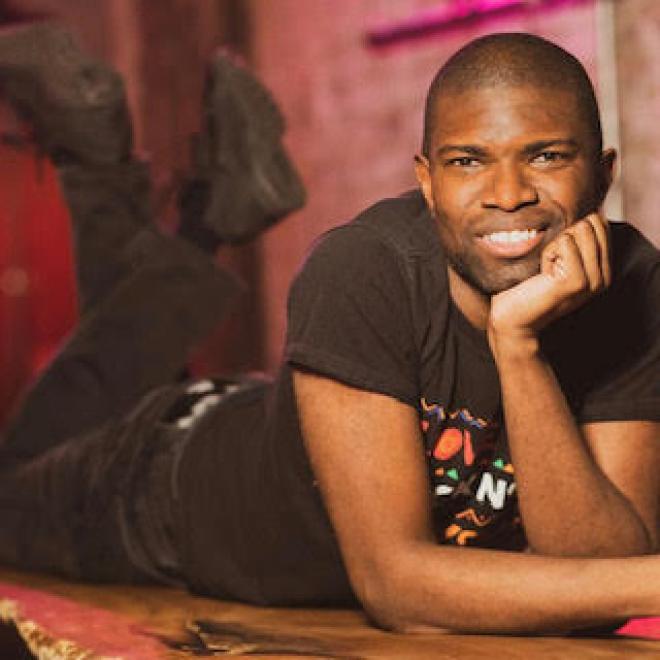 Calvin S. Cato is a comedian, storyteller, and rare-times actor based in New York City. He has been heard on Sirius XM and has appeared on Oxygen, National Geographic, Netflix and a pilot for Vice Media called Emergency Black Meeting. He has performed in numerous festivals including San Francisco Sketchfest, FlameCon, Brooklyn Pride, Women In Comedy Festival, and the Gotham Storytelling Festival. In 2017, Calvin was named one of Time Out New York’s Queer Comics Of Color To Watch. Most recently he has been published in Kweendom, an anthology of queer comedic essays. He recently wrapped up hosting and producing a daily online comedy talk show on RushTix.com called The Calvin Cato Show.