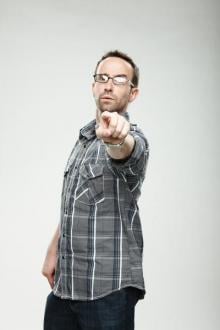 Chris Millhouse can be seen coming up on Comedy Central & Netflix on Owen Benjamin's 1 Hour Special "Huge Pianist!" He has been seen on CBS, SiTV (NuVo TV), VH1, Hulu, Comedy Time TV & more! Chris is also a regular at multiple clubs in NYC & LA, and can be seen regularly in both cities. For videos & live dates, check his website at: www.ChrisMillhouse.com Chris is the Host & Producer of the live stand up comedy show "Hot Comedy Action," which has been featured at the Improv Comedy Clubs for over 7 years! The show features the BEST comedians in stand up which is why the show often has SOLD OUT audiences! For FREE TICKETS to a "Hot Comedy Action" show, email: [email protected] (please include the number of tickets you'd like, along with your first & last name Sorry but Free Tickets are no longer available in Irvine.