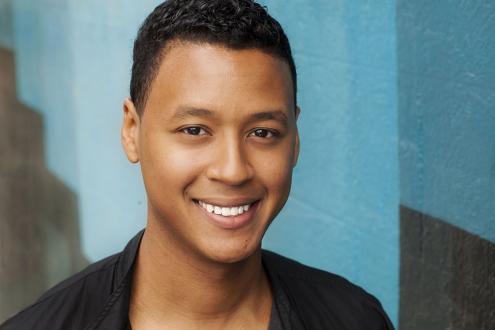 A native of Brooklyn New York and the son of immigrants from the Dominican Republic, Christian discovered at an early age that being funny was a way to get people to like you and “not want to beat you up.” This was enough motivation for him to pursue comedy. Christian’s comedic style has been greatly influenced by such comedians as George Carlin, Conan O’Brien and Chris Rock. While honing his skills in clubs all over New York City, Christian also performs all around the country as well, and has even had the opportunity to perform in Canada and the UK. Recently, he was a part of a comedy bike tour across Ohio where he rode 400 miles across the state and performed 8 shows along the way. He is not a trained cyclist, so his love for comedy is the only thing that carried him along on this very ill-advised endeavor. Outside of being a stand-up comedian, Christian also does a fair amount of acting, writing and improv. He is currently the head writer for an online talk show called “Metro Section,” where he performs on the show as well. Christian has also hosted a popular podcast called “Offstage w/ Christian Polanco”, where he interviewed other comedians about how they handled dating and relationships. Christian Polanco is definitely a young rising star in the entertainment industry and is headed for great things. With his natural ability to simply “be funny,” he will be making people around the world laugh for years to come.