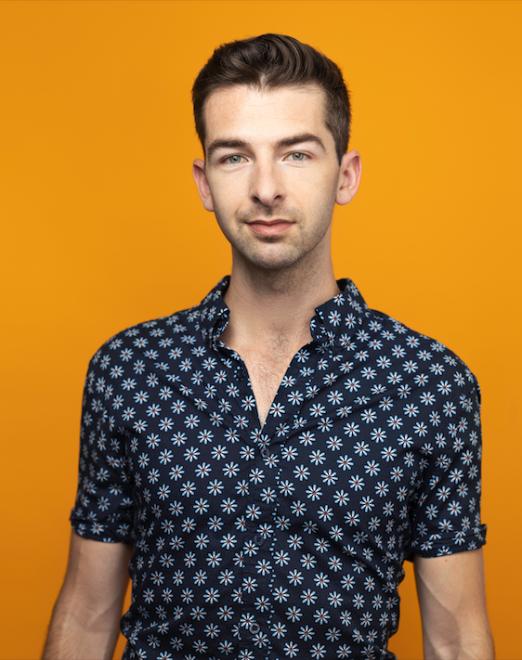 Conor Janda is a stand-up comedian and writer, originally from Philadelphia, Pennsylvania. He cut his teeth doing stand-up, improv, and sketch in Chicago for four years before moving to New York to follow his dreams of being closer to his parents. He has performed improv and sketch at iO Chicago and the Second City. He recently completed a residency at Greenwich Village Comedy Club, participated in the Comedy Mob Festival at Stand Up NY, and is currently a semi-finalist in the New York Queer Comedy Festival: YAAAS! Fest at Broadway Comedy Club. He is also co-producing an upcoming Queer comedy show called Boys’ Club at The Stand. He is most likely single.