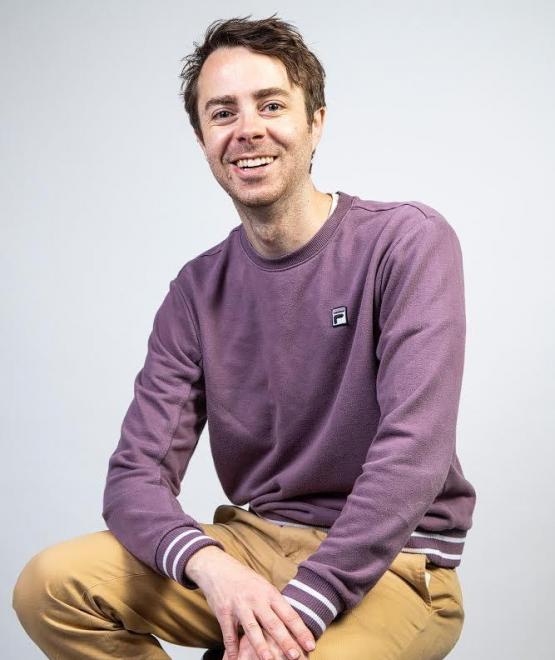 Geoffrey Asmus began performing stand-up in 2013 immediately after wasting $143,548 on seven college degrees. Geoffrey has performed at ‘ Just For Laughs in Montreal as a ‘New Face’ and was also featured on FOX’s ‘Laughs’, CollegeHumor and Kevin Hart’s LOL Network. Geoffrey has opened for Dave Attell, Mark Normand, Dan Soder, Fortune Feimster, Sam Morrill, Daniel Sloss, Joe List and Aparna Nancherla among others. He headlines comedy clubs nationwide In 2021 he released his first album “Prodigal Little Bitch” through 800 Lb Gorilla Records and it went to #1 on iTunes. Geoffrey also records the weekly You’re An Idiot podcast with Alex Dragicevich. It is the only funny podcast in America. But no matter where he performs Geoffrey never makes eye contact, which is a blessing for all. Geoffrey Asmus