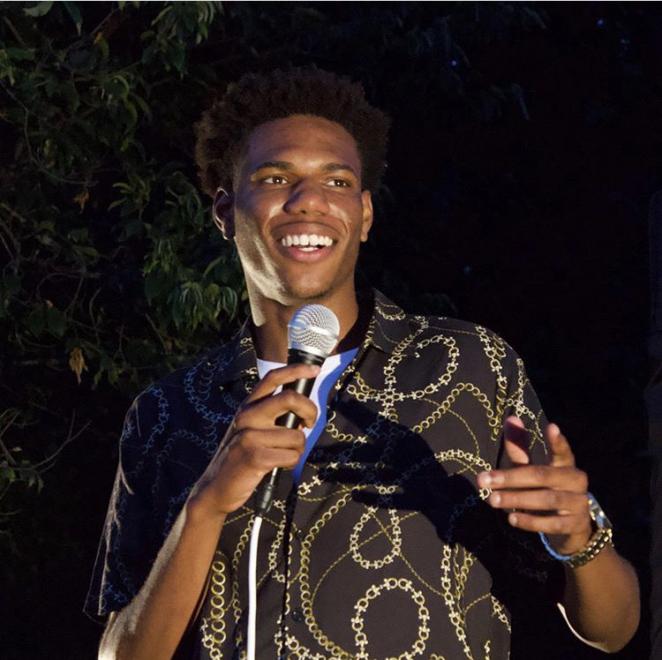 Josh Dweh - Josh Dweh is quickly establishing himself as one of the brightest young comedians based in the NorthEast region. It was at the age of 16 when he first tried his hand at stand up, and from that point on he has hit the ground running! Josh Dweh career is just under 7 years, and he has already opened up for Jimmy Shubert (Kings and Queens), Sean Finnerty (Tonight Show), Eliot Chang (Comedy Central), Tony Woods (BET), etc. He has also hosted, performed, and featured in some of the best clubs you can think such as Soul Joel’s (PA) The {legendary} Comic Strip (NYC), Zanies Comedy Club (Chicago,IL), Empire Comedy Club(Portland,ME), Gotham Comedy Club (NYC), the Romo Room (Austin,Texas), Stand Up NY (NYC), and many more! Josh Dweh doesn’t just let his comedy stop at the clubs as he performed for college campuses such as Penn State Brandywine (PA), as well as Aura theatre (ME), Embassy theatre (MD), and a featured performer in the Sixth City Comedy Festival. He was also seen on “TCP network presents: TCP laughs” that aired on Roku TV, and had an article piece highlighting his comedy published by the Baltimore Sun Newspaper.