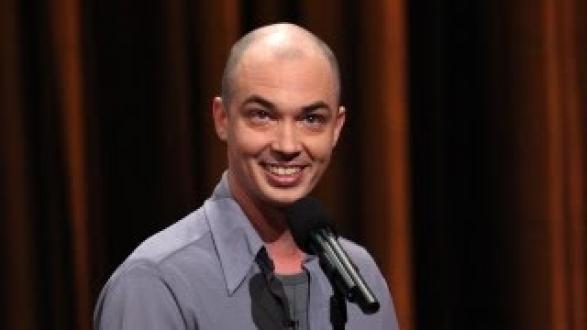 In 2010 The Hollywood Reporter named Nick Vatterott one of the “break-outs” at Montreal’s Just for Laughs Comedy Festival. Since then he has performed on Conan, Late Night with Jimmy Fallon and has a half hour special on Comedy Central. Nick was also a producer/writer/performer on Comedy Central’s stand-up sketch hybrid show Mash-Up. Nick has toured with Chicago’s storied Second City and his sketch group ‘Heavyweight’ has performed at Second City’s Unhinged and the Toronto Just for Laughs Festival. He was the recipient of the prestigious Andy Kaufman Award in 2011 and before heading off to NYC, Chicago Magazine listed Nick as “The Funniest Man in Chicago.” Nick Vatterott’s comedy has been called high-energy, improvisational, unconventional, outside the box, but most of all hilarious! http://nickvatterott.com/