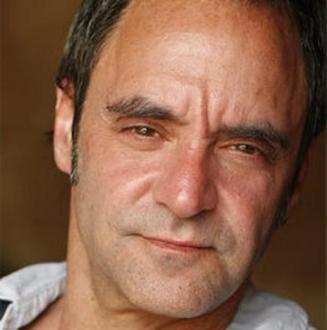 One of the most innovative and surreal comedic artists to date: A staple of the NYC and LA Underground Comedy Scene. His life story is featured in "Getting It Right," a book by award-winning author Adrian LeBlanc, which will be published by Random House this fall. Rick Shapiro is known for his hilarious appearances in the HBO sitcom, "Lucky Louie," as the brother-in-law Jerry; this role proudly featured full frontal nudity. Rick has also been a featured performer on Conan O'Brien, Tough Crowd and Howard Stern, XM Radio: Opie and Anthony, Raw Dog and National Lampoon Radio. Rick has also performed on "Law and Order," "Deadline" and "Saturday Night Live." Rick was cast as a character on the spoof radio feature in the recently released Grand Theft Auto series. In a comedic look at public radio, Rick appears on a show debating health care as a down home medicine man named Mason Waylon. Rick has performed at the 2007 Edinburgh Comedy Fringe Festival where he received numerous 4 and 5 star reviews from publications such as Chortle, Metro, The List and others. This publicity then prompted Rick's 45 day tour throughout the UK. Rick then performed for two weeks at the Soho Theatre in London, The Glasgow Comedy Festival in Glasgow, Scotland, the Galway Comedy Festival in Ireland and then toured other various locations within England. Rick returned to Edinburgh Fringe Festival 2008 under promotional Management of Mick Perrin. In 2010 you can expect to see Rick in San Francisco, all-around Texas (in one location tbd, Rick will be taping his first DVD), Chicago and back on TV in Louie CK's FX show, Louie - Rick was in the pilot. In 2011, Rick will return to Toronto, Canada for his week-long performance at the famous Yuk Yuks Comedy Club; following that he will go on to tour Canada's great land. Also, Rick has just signed a 4-picture deal with Warner Brothers, so expect to see him on the big screen, come November 2011. Rick, although a long-time devout Lower East Side performer, now resides in Los Angeles, California. Rick Shapiro's CD Unconditional Love' can be found at http://www.StandUpRecords.com, http://www.amazon.com, iTunes and most digital retailers. Rick's second CD is scheduled to release shortly.