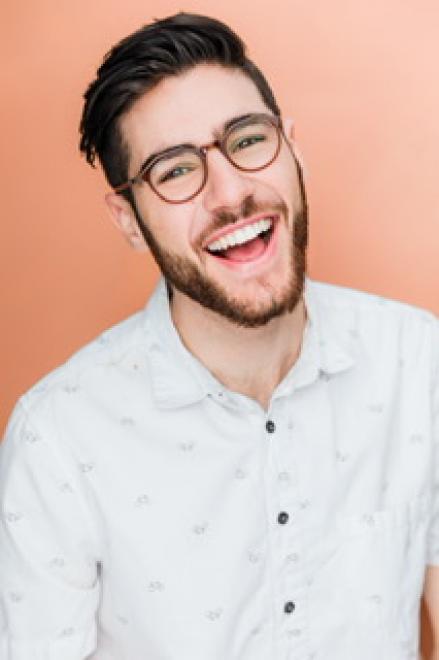 Sam is a Brooklyn-based comedian and television writer. He just made his tv debut on The Drew Barrymore Show and has participated in some of the most prestigious showcases in the country. In 2019, he was selected as a Stand Up NBC Finalist, the network's nationwide talent search. He was also selected to perform at The Tonight Show Showcase, named Best of New Talent at the New York Comedy Festival, and performed at RuPaul's DragCon. He wrote for the first season of Blind Date currently airing on Bravo and his pilot Daddy has placed in multiple competitions. He has been featured in the NY Times, Time Out, GQ, Vanity Fair, Buzzfeed, National Lampoon, The Independent, The Guardian, Metro UK, and his writing has been published in Chortle.